Hire your camper in Trier

Hire a camper in Trier

Trier is the oldest city in Germany and was already founded 17 BC. It was once called “August Treverorum” and was considered the “second Rome” in Roman times. Even today you can still follow in the footsteps of the ancient Romans in Trier and immerse yourself in their history. The city has a total of nine UNESCO world heritage sites, seven of which are Roman sites. But even if you’re not interested in old buildings, Trier has a lot to offer, as the city is considered one of the wine metropolises in Germany. From here you can rent a campervan and drive to Luxembourg. This small country is worth a trip on its own – not only because the petrol is usually cheaper here. In approx. 30 minutes you’ll be able to reach it and start your road trip through the Benelux countries.

The address will follow shortly but campervans are already bookable 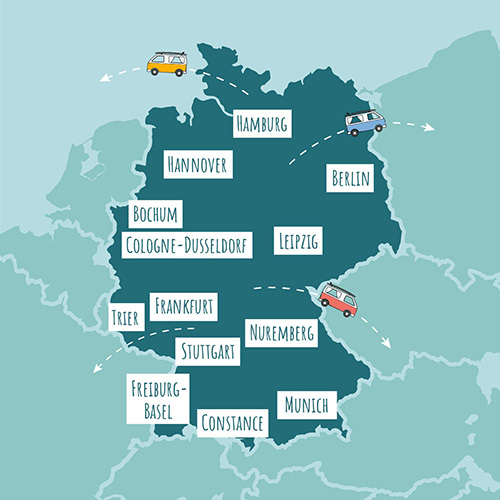 Here you can find all our roadsurfer locations in Germany

High-end vehicles VW California T6, Mercedes Marco Polo and other models. The first registration of all our camper is less than 24 months 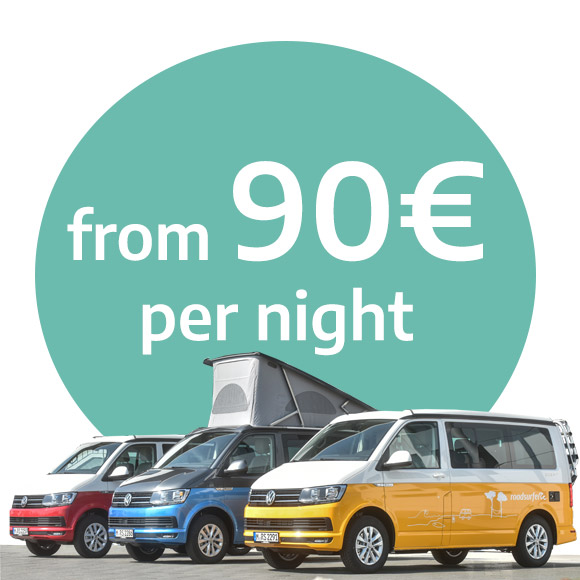 Hire a camper in Trier

Hire your campervan in Trier now 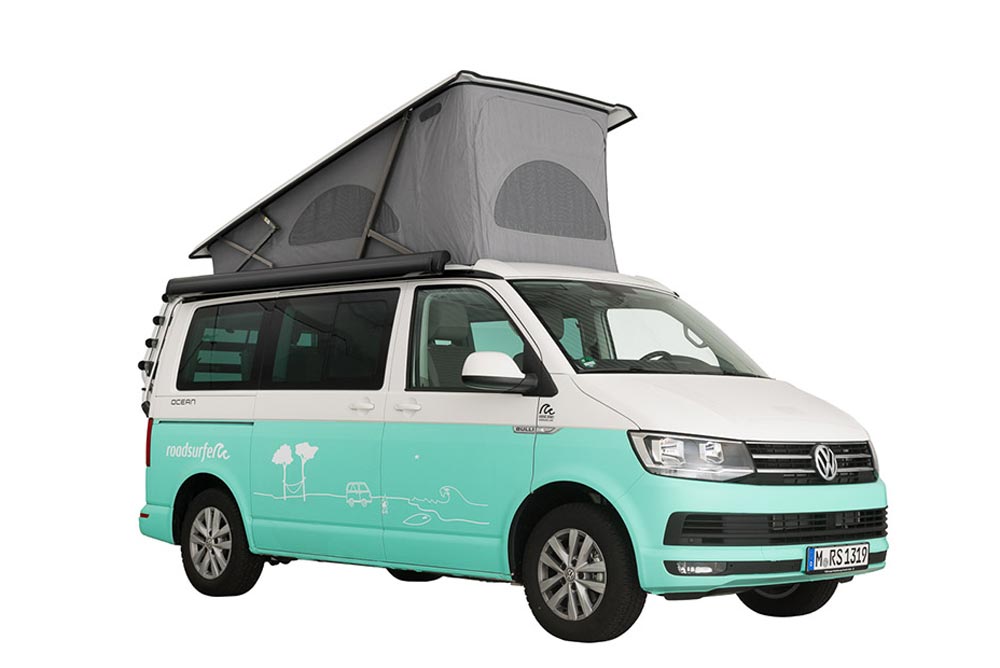 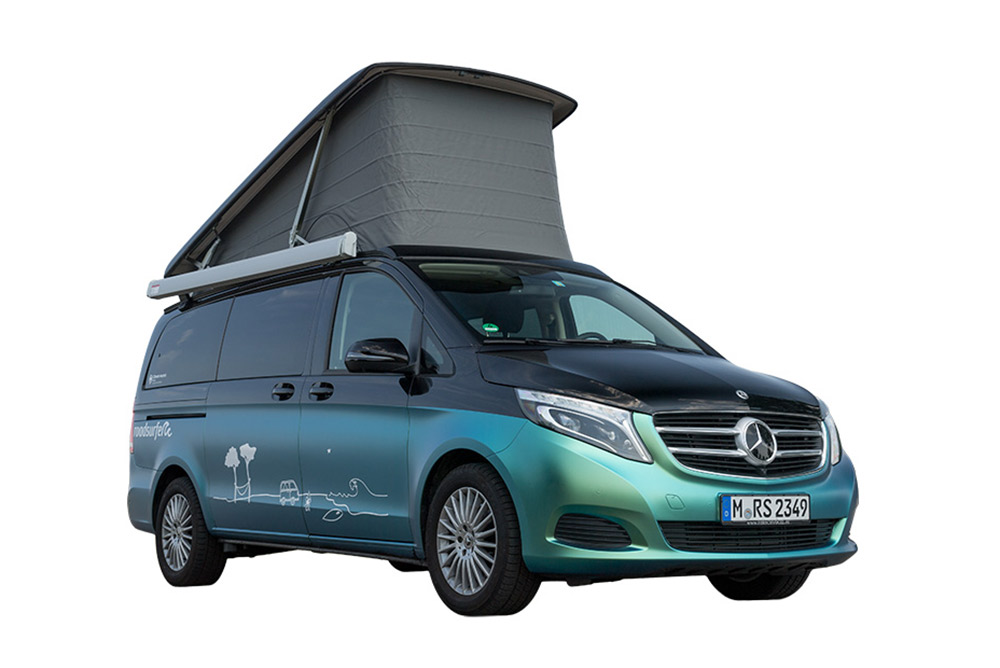 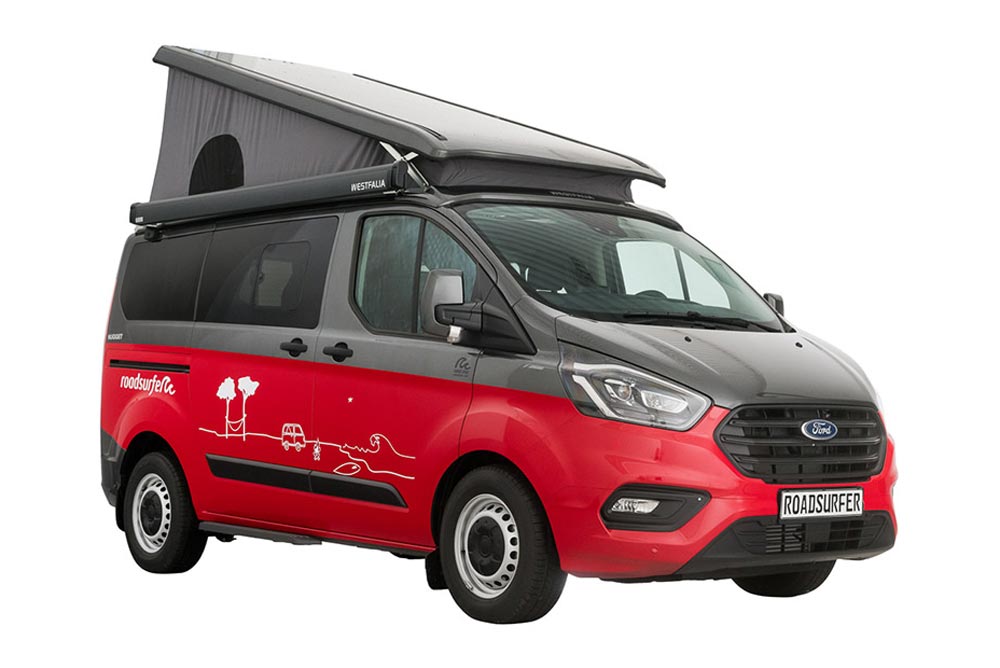 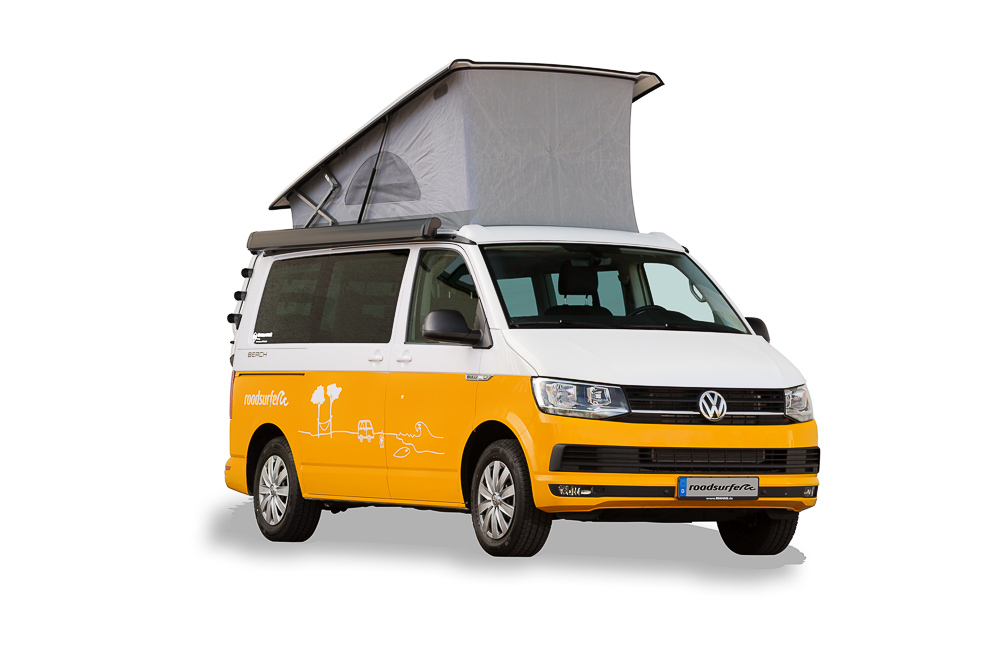 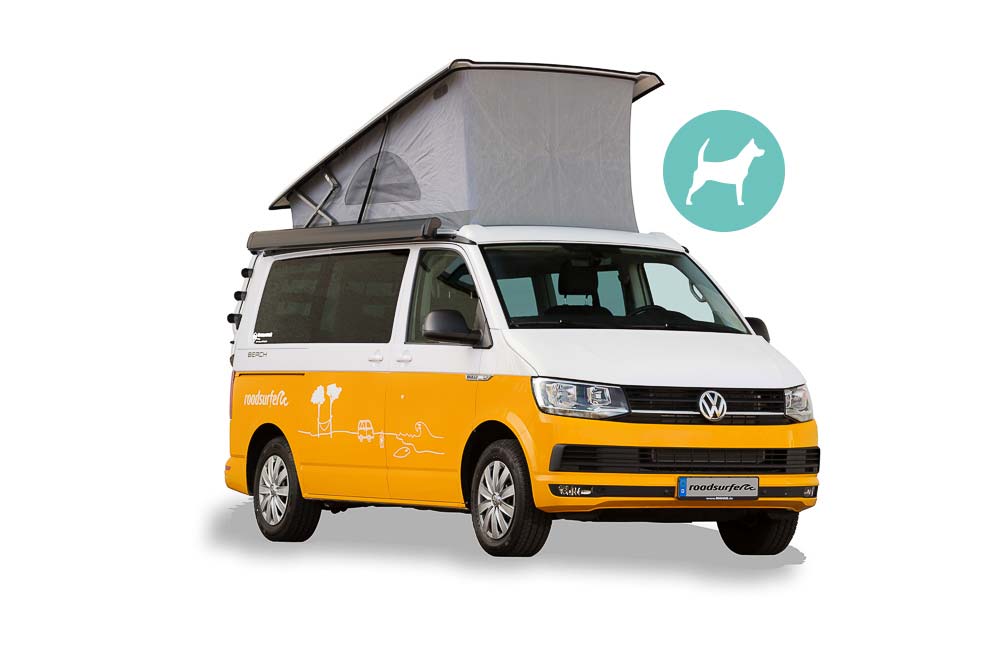 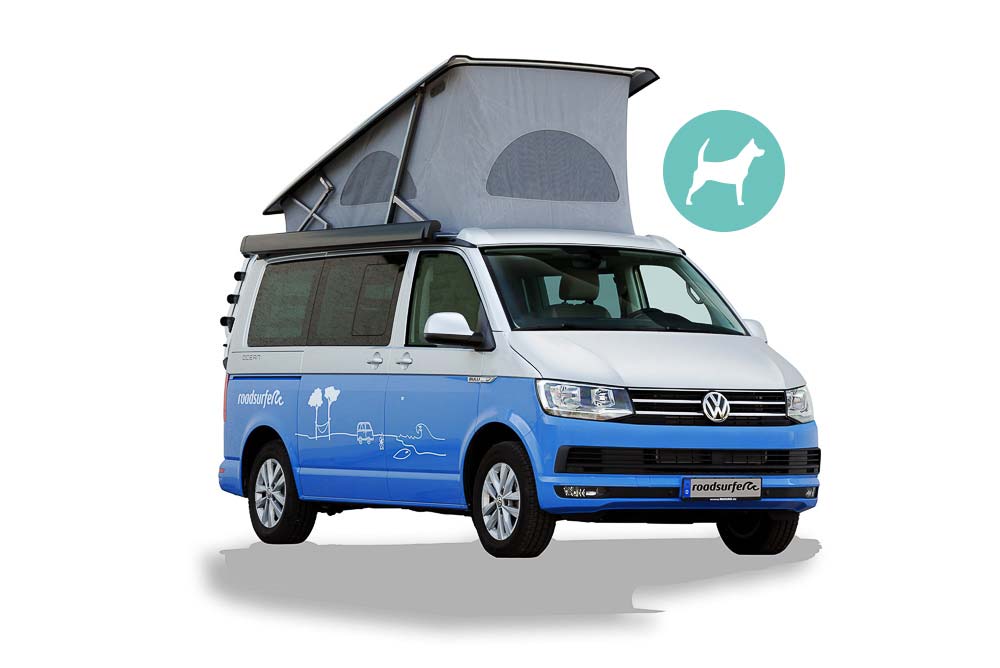 How to get to Trier

The train and bus connection to Trier is quite good. You can either take the “Flixbus” or the “Deutsche Bahn”. There are even direct connections from Cologne, Koblenz and Frankfurt. If you travel from further away you can also take by plane. It is best to fly to Luxembourg, because from there it is only a short drive to Trier. There is the airport Trier-Föhren but it is more a highlight for flight-loving tourists than for arrivals – here you can go ballooning or even parachuting and there are many events about flying.

You can never get around the Roman period in Trier because the whole city is actually an “open-air museum”. The most interesting thing to do here is certainly a guided tour – especially for children. On these tours actors dress up as Romans or gladiators and thus let the past come back to life.

Once a Roman military camp then the site of a popular Garden Show and now the vantage point par excellence – welcome to the Petrisberg! Not only is the view over the city particularly beautiful but also the walk-in sculpture, the “Tower of Dreams and Desires” by François Valentiny.

The permanent exhibition in the museum is entirely devoted to Roman times. Mosaics, reliefs and a Roman wine ship tell the glorious history of Trier. The highlight is the so-called Trier Gold Treasure the largest of its kind in the world.

It is best to come early in the morning to visit the Black Gate.The Porta Nigra is the symbol of the city and usually very crowded. It is considered to be one of the best preserved Roman city gates, even though it was temporarily transformed into a collegiate church.

Roadsurfer tip: For photos you should go to the “Brunnenhof”. There are no more fountains but from here you have a great view of the Porta Negra and it is relatively empty.

The Electoral Palace, a rococo palace and former home of the Trier Electors, is a little more modern. The palace garden which is open to the public is a beautiful green oasis in the city.

Rent a camper in Trier and then set off over the famous Roman Bridge. The oldest bridge in Germany spans over the Moselle and although it is over 2000 years old it can still be driven over.

You don’t have to go to Rome first to see an impressive amphitheatre. The arena in Trier is one of the largest in Europe and could accommodate over 18,000 spectators at the time who enjoyed the cruel gladiator fights. If you want to learn how hard the life of the gladiators was you can book an hour at the Trier Gladiator School here. Luckily, these days you have the opportunity after class to devote yourself squeakily to the physical pleasures of life in Trier.

The wine in Trier needs its own chapter because after all you will find the oldest wine region in Germany around Trier. Viticulture has been celebrated here for 2000 years! Moselle wines, especially “Riesling”, are world-famous and very popular. Reason enough to leave your campervan behind and go for a wine tasting. Every year there is the Wine Forum in Trier or “Mythos Moselle – A Riesling Journey” where the different wine farms join forces and present the best of their grape varieties. But the glass in Trier is not empty either. There is, for example, the “Wein- und Fischhaus Oechsle” where you can taste 120 varieties and of course the numerous wine farms offer wine tasting all year round. A special highlight is the Trier wine culture trail. It stretches over 1.6 km from the amphitheatre. For once, the trail is not about drinking, but about learning: everything about wine, cultivation, harvesting and pressing is clearly explained here.

Directly on the Moselle is the campsite Treviris – the perfect starting point to explore Trier. If you want to park directly on the riverside of the Moselle you can book a Moselle parking space in advance – this way you have the best view. Shops are close by and in case of emergency you can buy wine and beer at the reception, Treviris also offers a bread service.

The Saar and Moselle meet at the Konz campsite and you sleep right between Trier and Luxembourg. The Konz harbour offers a wide range of leisure activities with activities on the water and boat trips being the top priority. Of course we know how comfortable the beds in our campervans are but if you want to sleep a little differently you can book an overnight stay in the camping barrel here. In true Trier style, you will sleep in an oversized wine barrel.

Those who would like to be even closer to wine can stay overnight at the Feiten winery, which has its own motorhome parking space. The winery is located 15 km away from Trier directly on the Moselle and offers a few pitches for relaxation. Of course you can buy a few bottles on site and enjoy them at sunset on the banks of the Moselle. It’s good to know that it’s only a few more steps until you can fall into bed.

Ideas for your road trip 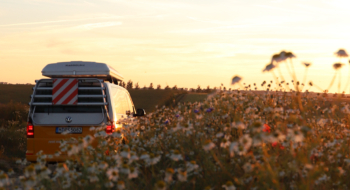 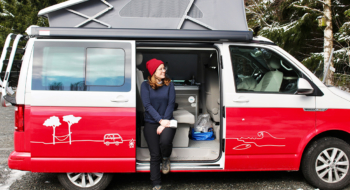 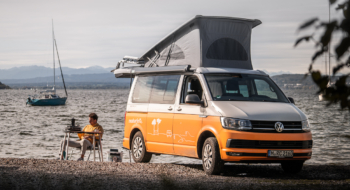