Collecting rubbish when camping: This is how eco friendly camping works!

Travelling by camper means freedom, discovering unusual spots, and, above all, being outdoors! On your road trips, you will enjoy beautiful landscapes and often spend the night in the middle of nature – and that’s what we have to protect! By practicing eco camping and collecting rubbish on the beach or in the forest, you can give something back to the environment so that the next generation can also benefit from the beautiful spots.

Recycling and litter prevention, both at home and on the road, are vital for a greener future. In this article, we give you numerous tips on rubbish collecting during your eco friendly camping trip and ideas for organised litter collection campaigns in 2022.

Sustainability begins with the little things in everyday life and should also be thought about and applied to van life. As a passionate camper, nature is key to creating a peaceful and enjoyable holiday experience. To ensure it stays that way in the future, you can avoid waste with a few simple steps and routines and leave the campsite or pitch cleaner than you found it.

Many people find it difficult to behave in an environmentally friendly way, especially when camping. Disposable tableware, plastic packaging for eating and drinking, and many plastic tubes in the toilet bag cause a lot of rubbish, which often ends up as plastic waste in the environment. However, there are solutions!

You can avoid waste in the first place – even when camping. The topic of zero waste has long since arrived in the middle of society, and with the right tips and tricks, you too can easily make your next eco camping adventure greener and more sustainable.

And while we’re on the subject of barbecues and sustainability: Look for sustainable charcoal (not from tropical woods) or charcoal alternatives such as olive stones or grapevines. In most cases, barbecue lighter also contains chemicals and is bad for the environment and even for our health. It is better to light the charcoal with wax, wood chips, or other natural products. And if you want to grill in a particularly climate-friendly way, replace the meat with vegetables or grilled cheese.

Although your camper does not come with a multi-compartment rubbish bin to help you organise your rubbish, almost all campsites have waste separation and bins for this purpose. It is always helpful to bring two bags with you so that you can at least separate plastic and residual waste directly on-site, and dispose of your rubbish correctly.

If everyone on a fully occupied campsite were to throw their rubbish into the residual waste bin without separating it, firstly the bin would quickly become full and secondly, the waste management company might refuse to empty the bins. If the campsite owner still wants his bins to be emptied, he has to have them re-sorted and there is a charge for this.

If every camper collects and separates his rubbish, the rubbish fees at the campsite will be kept low and our environment will be protected a bit because more waste can be recycled.

Rubbish has no place in nature. It pollutes our environment and ends up in our waters and oceans sooner or later. Your probably wont be able to avoid producing rubbish on your road trip unless you are already a real zero-waste pro! If you do produce rubbish, you must collect it and dispose of it separately.

If you are enjoying a picnic in a secluded spot, collect all your rubbish in a bag and dispose of it later in the correct rubbish bins. Always remember that the next visitor will want to be as delighted with the spot as you are!

Go the extra mile by collecting your rubbish and disposing of it correctly and leaving the places you visit cleaner than before. This means picking up any rubbish lying around, whether on the beach or in the forest.

It’s also a great activity to do with the children! They are always excited when they can search and find something and at the same time, you are a great role model for them. Just make sure you have the right handling and equipment so that no one gets hurt by rusty cans or handles dirty packaging. More tips on how to best collect litter in nature are given further down in the article.

How to leave no trace behind while wild camping

You should be careful not to leave any rubbish behind when wild camping! Not only will you receive high fines when litter is left behind, but it is also why wild camping is often banned. Since you have no waste disposal infrastructure when wild camping, we have a few tips for you:

It is a good idea to pack a plastic bag and a glove in your rucksack and collect any rubbish left lying around in nature during a hike or mountain bike tour and take it home with you to dispose of it. People litter out of convenience, and as a nature-loving camper, it is better to take action than just complaining about the plastic in the forest.

©roadsurfer GmbH / he said or she said

Collect your rubbish and dispose of it properly.

When camping in the wild, make sure you leave no trace behind.

At roadsurfer, we have made sustainability a priority. After all, we depend on the beautiful camping experiences in the middle of nature. Jumping into the crystal clear mountain lakes or spending a day at the beach with the camper is what it is all about!

Easy-to-implement waste reduction tips for on the road.

Would you like to be more environmentally conscious on your camping trips? We’ve collected ideas and tips on how you can do your bit for the environment and collect rubbish on your camper adventure.

The plogging movement from Sweden (a Swedish word creation from plocka upp (to pick up) + jogging) is a global trend in which rubbish is collected on the running route. Always carry a bag with you on your road trip and use it to collect rubbish when you go jogging, hiking, or mountain biking.

2. Litter picking on the beach.

Cigarette butts, beer bottle caps, and small plastic packages often end up in the sand. Either look in the region where you are travelling to see if there are organised beach clean-ups or grab a bag and tongs yourself and make the beach a little cleaner during a beach walk. Litter picking at the seaside makes a lot of sense, as the litter is quickly blown into the water by the wind, where it can be deadly for marine life, or drifts around for ages until it breaks down into microplastics, which sooner or later end up in the food chain.

3. Litter picking in the forest.

Unfortunately, you can also find a lot of plastic waste in the forest. Look for organised Forest Clean Up Days in your region or do it like so many on social media with plalking and pliking.

Plalking = walking + plocka upp: If you prefer Nordic walking or walking, why not become a plalker by picking up litter along the way.

Pliking = Hiking + plocka upp: Upgrade your hiker status to pliker by collecting rubbish on your hike.

4. The right equipment for collecting rubbish and litter picking.

A rubbish bag or bucket and gloves are often enough to collect rubbish. However, if you don’t want to touch the rubbish with your hands, you can get a pair of tongs for collecting rubbish. These are available in a small fold-out format so that they do not take up much space. The best tongs for collecting rubbish are made of wood, similar to barbecue tongs, as they are plastic-free and grip well. When getting the whole family involved, make sure that your children’s hands are protected when collecting rubbish. It’s best to have your smartphone or camera with you to document the rubbish collection.

Tip: Before you get new equipment for collecting rubbish, municipalities and waste management companies often provide tongs and gloves free of charge.

5. Organise your own clean-up day with friends and acquaintances.

Collecting rubbish together is more fun and the yield is much bigger. If there is no organised litter picking in your area, you can take the initiative yourself at your holiday destination for a few hours.

Inspiration for your next road trip 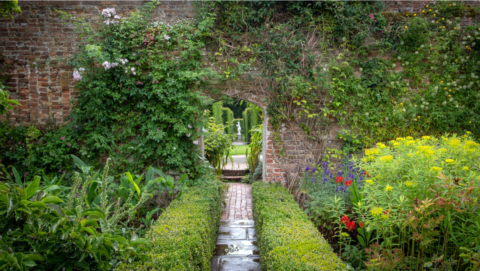 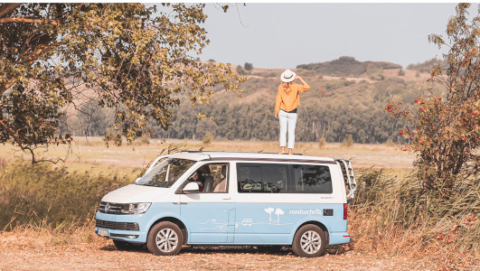 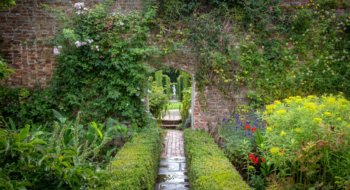 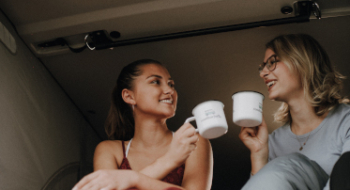 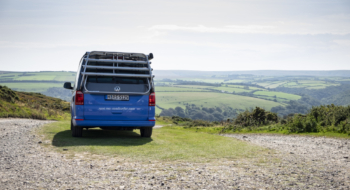 8 Enchanted UK forests for your next Camper Adventure 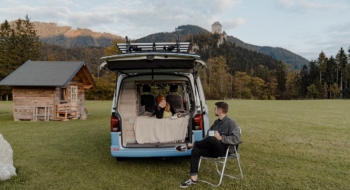 Eco Camping with our roadsurfer spots

What is Sustainable Travel & How is it Possible?